25 October 2018 Sheida presents a coded critique of the U.S.-Middle East oil trade with her distinctive use of collage, film, sculpture and photography.

I always like to use photography to challenge my audience to re-evaluate what they recognise. When critiquing my students, the first thing I ask is if they can identify what they see in an image by name and consider the agency of each object within the frame. The photograph has been historically perceived as a document of “the truth” and with this in mind, I use the image as a tool for documenting my constructed scenes. I start with written research and the collection of source material, before building a scene based on visual sketches. I regard the act of taking the photograph as an aggressive final step; flattening the sculptural frame and recording the set before it decays or is torn down. 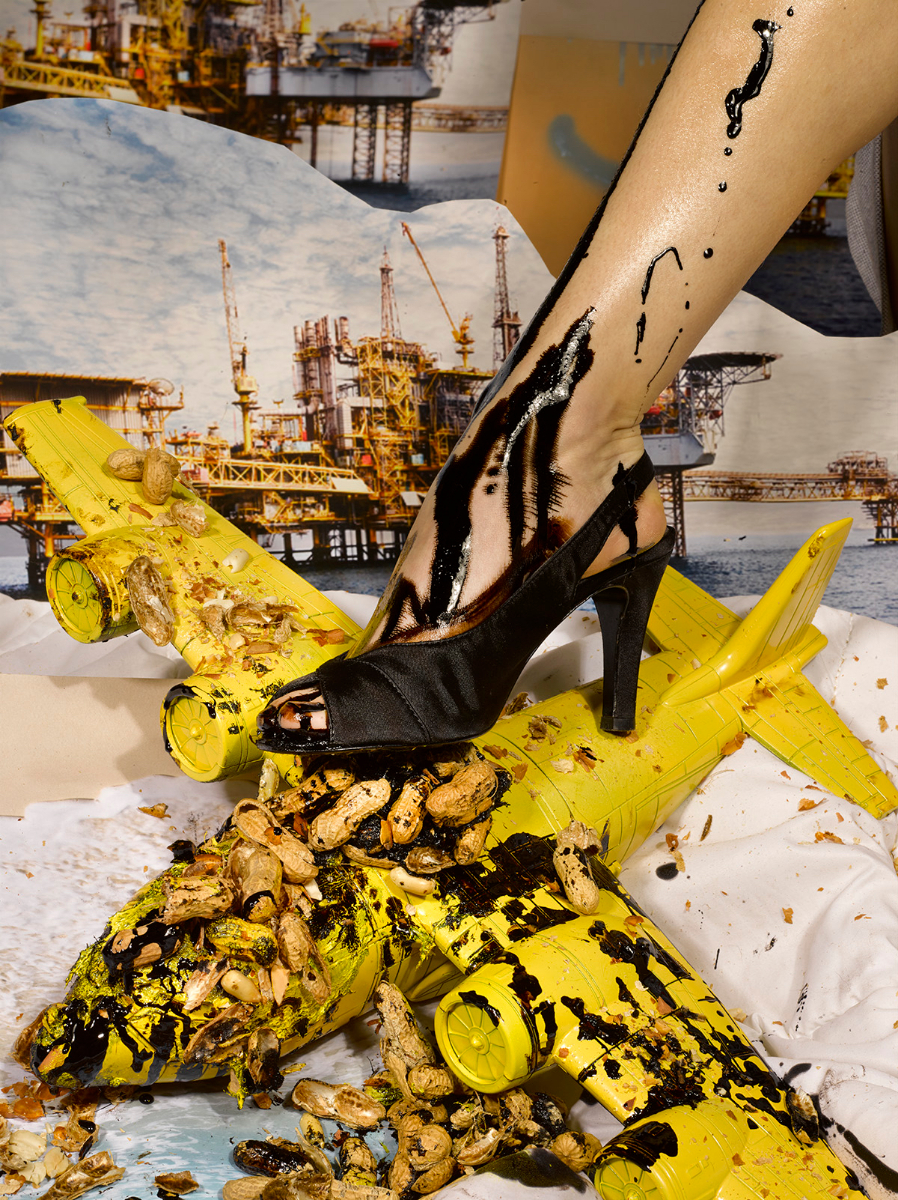 Investigating the struggle for human rights in the Middle East, I’ve started to examine the relationship between illegitimately-elected officials and the petroleum industry. Leaders of oil-rich countries use petroleum profits to feed cronyism; oil in the hands of dictators has become a source of corruption, and such profits are often funnelled not to the population at large, but to the ruling classes. By creating humorous portraits of OPEC Oil Ministers and Western government officials, Medium of Exchange proposes a surreal and subversive interplay of fetishistic love and sex between those in command. My photographic portraits are often accompanied by a series of screenplays, which adapt narratives from records of public speeches and conversations between government officials and top-ranking officers. 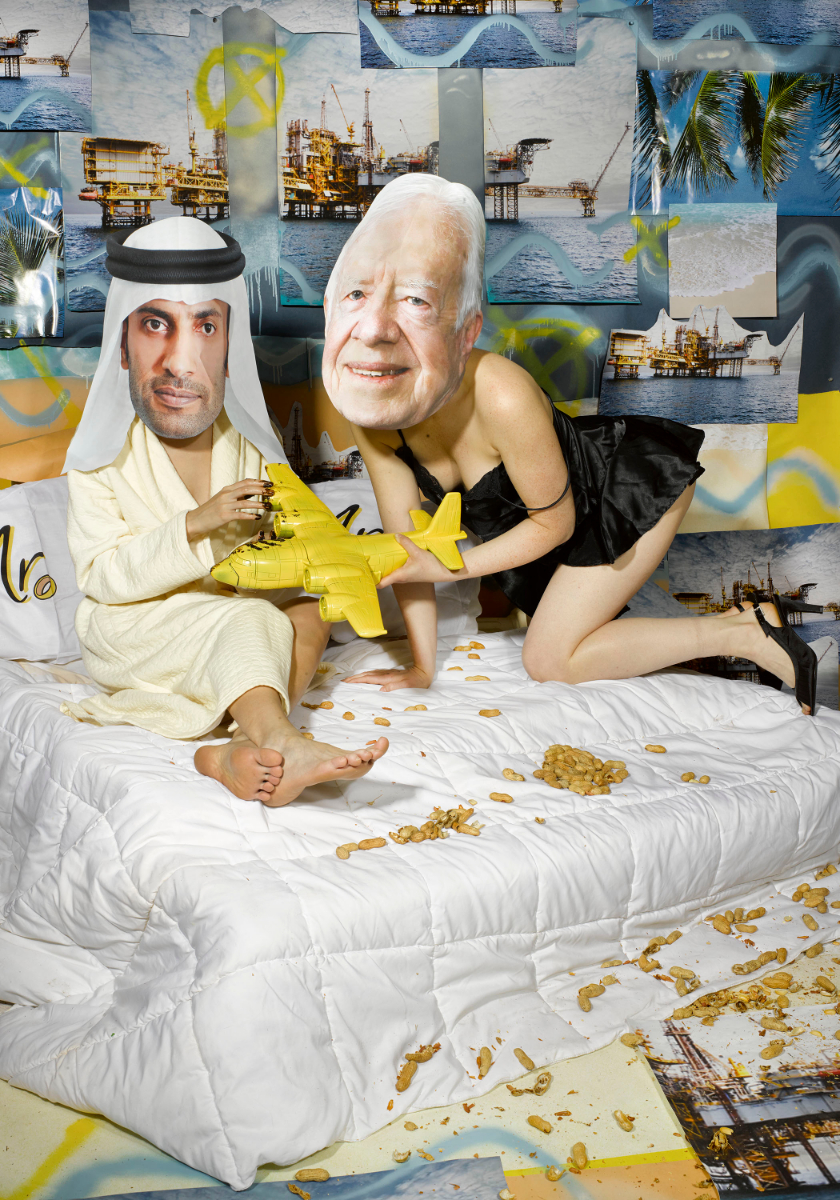 It’s not just artists that should be politically engaged – I believe activism is something all members of society should participate in somehow, regardless of their profession. Activism and art are both very canned terms, especially in an era where activism is becoming more of a visual aesthetic than an actual practice. I think more than anything, activism in a contemporary sphere is about creating awareness on issues that are glossed over in our media-saturated economy.

Do I think that the art world will ever be utopian? Absolutely not, and I don’t think we should want it to be. Do I want it to be more equitable for people of colour, marginalised bodies, and women? Absolutely. As cultural practitioners we have a responsibility to recognise and respond to issues which make up our world. It’s the only way to move forward! 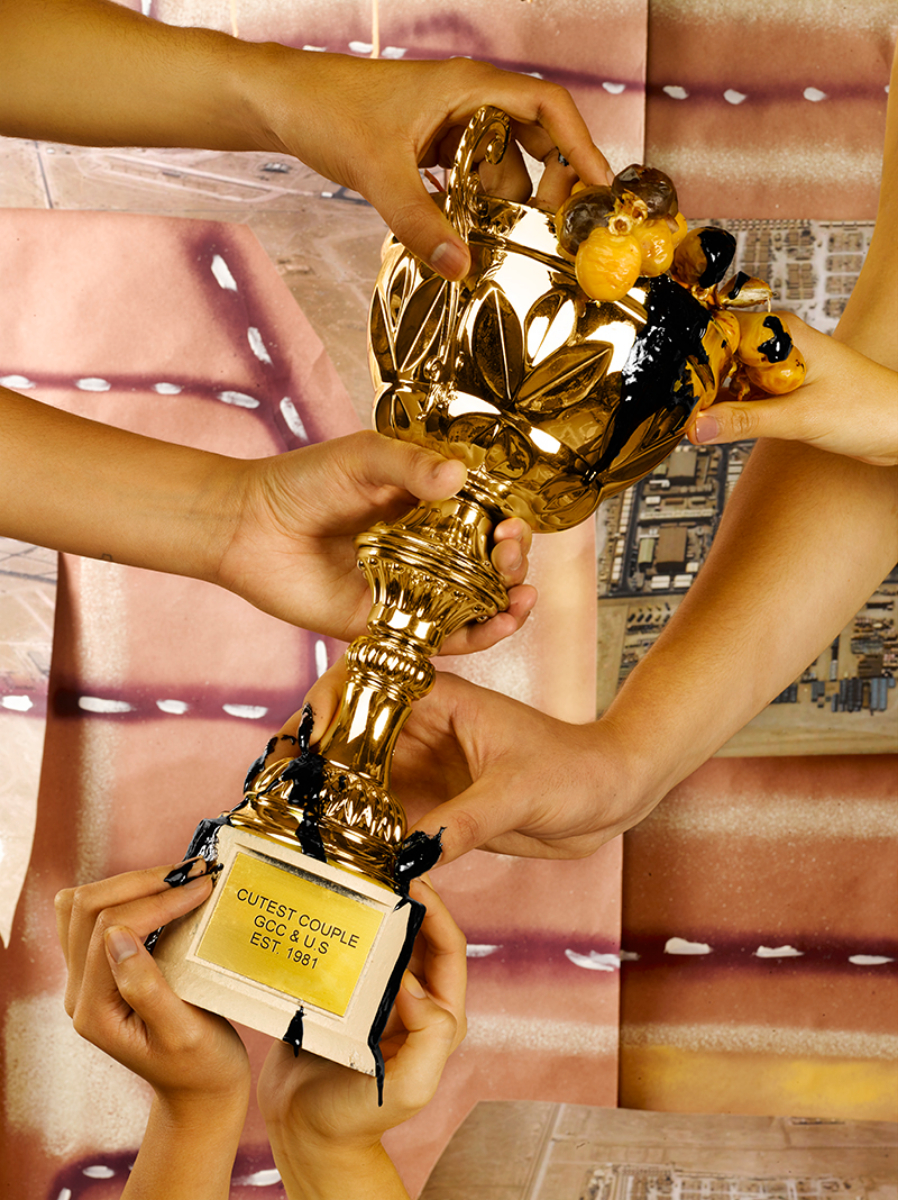 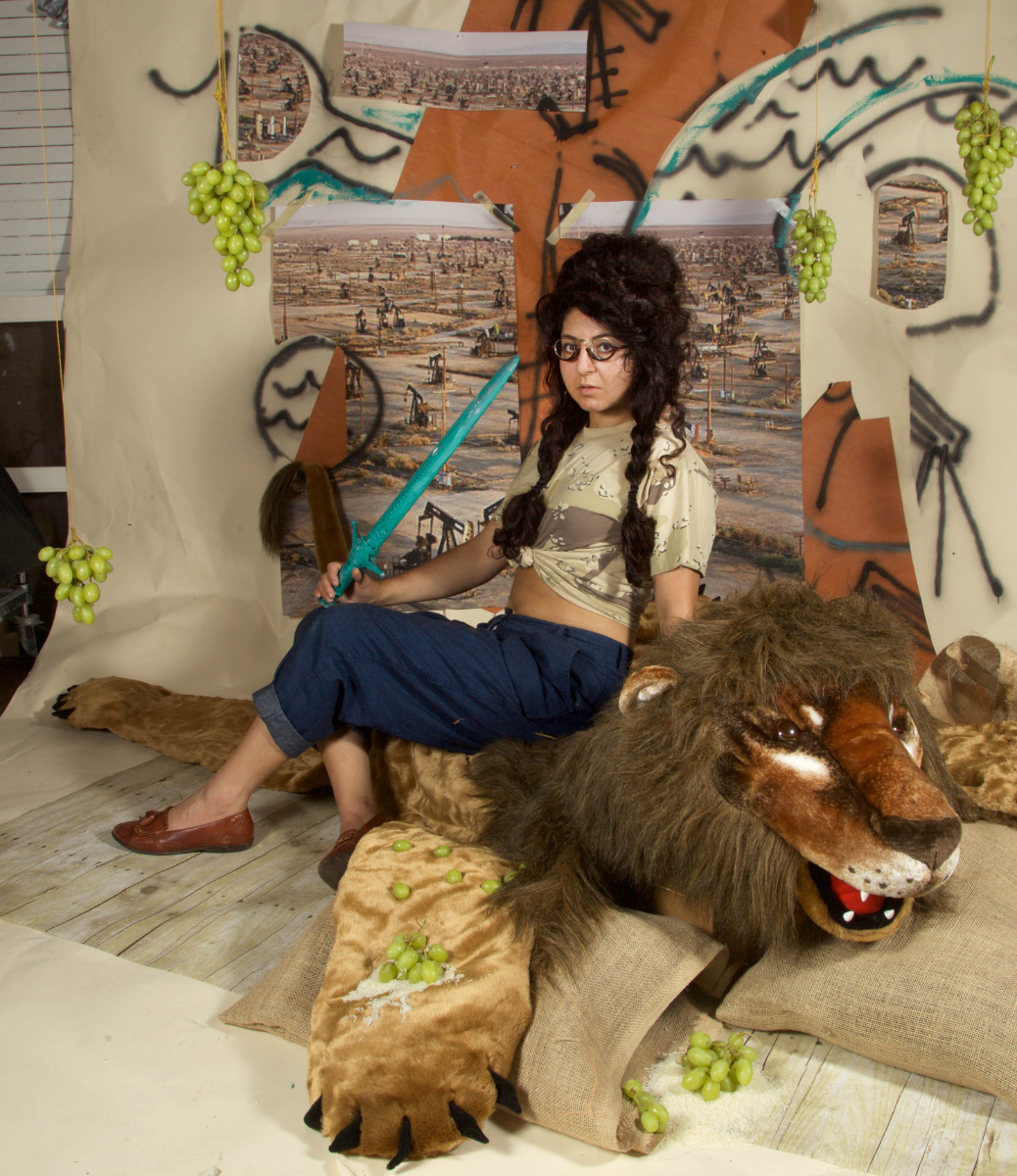 Straddling art and activism, Sheida Soleimani’s (b. 1990, USA) outspoken practice reflects the fabric of her own political conscience. The daughter of persecuted political refugees from Iran, the artist re-contextualises found material to critique the centrality of the petroleum industry to geopolitical political ties between the west and the middle east. Playing with three-dimensional space, her elaborately constructed sets reimagine themes of corruption, human rights and torture. Soleimani’s work has been featured in multiple international publications such as Artforum and The New York Times. She holds an MFA from Cranbook Academy of Art as well as a range of teaching positions.