09 June 2021 The first London Gallery Weekend (4-6 June) felt a very positive initiative, conveniently revealing the scale of London’s commercial art scene to less regular gallery-goers, and encouraging attendance through the sense of participation in an event.  130 commercial galleries took part, probably more than half of those which could plausibly be described as showing contemporary art, in a simple model open to all if they met the geographical requirements – galleries had to be in the zones defined as ‘Central’ ‘South’ and ‘East’. There was no printed map – just online listings – and no requirement to put on a new show. Indeed, quite a few galleries took the chance to turn the weekend into a closing event. That’s a different model from the more exclusive one applied in Berlin: fifty galleries only, all opening new shows. There won’t have been many international visitors this year, but perhaps this will act as a rehearsal for next year, when that should be more feasible. Here’s something ongoing I liked from each of the regions: 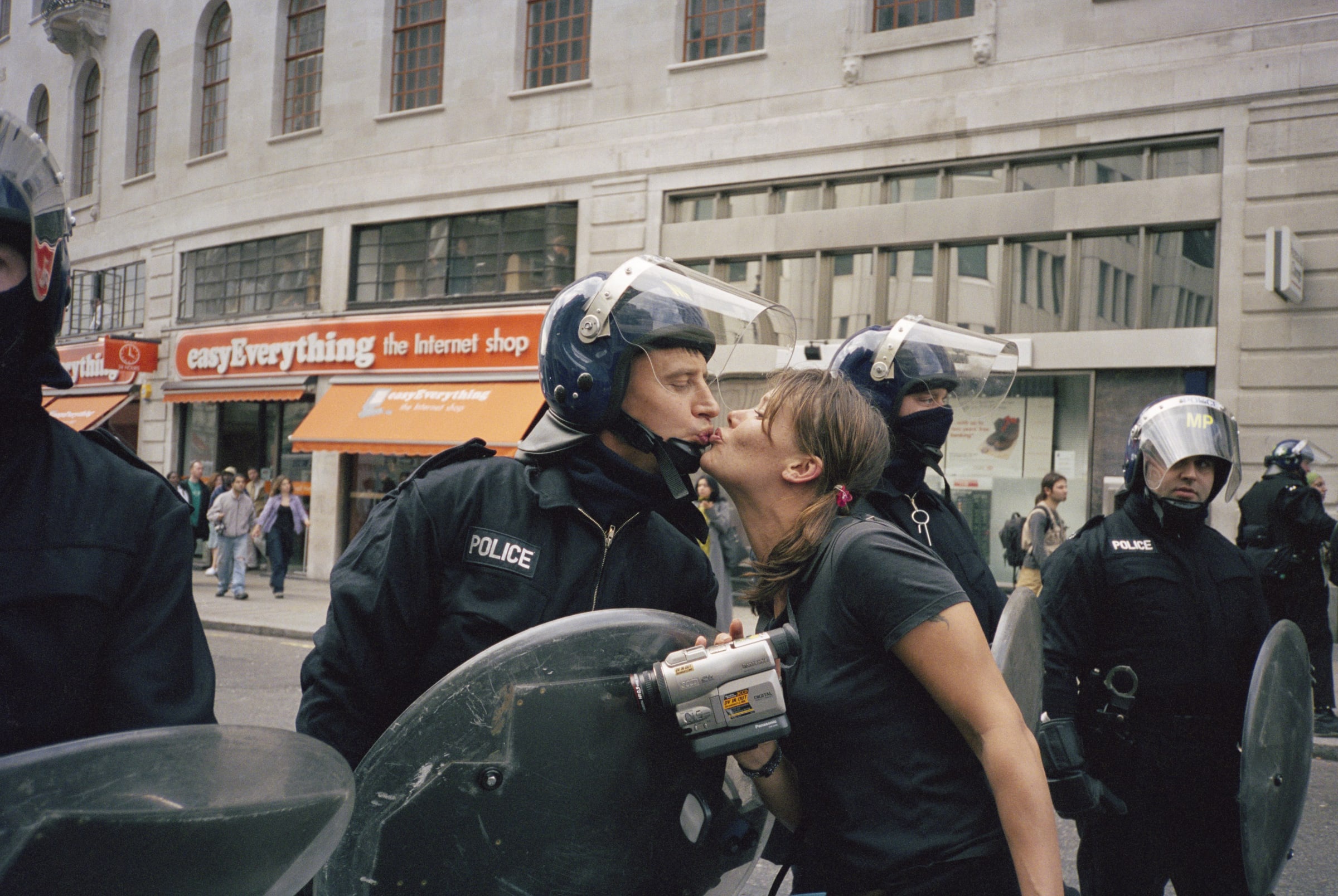 Edel Assanti played a leading role in making the Gallery Weekend happen. Their own show resurfaced Vinca Petersen’s experiences from-the-inside of raves and riots from 1990-2004. They’re not all serious: as she says ‘My way of dealing with the world is to make fun, to play. So I would always dress up to go to demos, I’d pinch policeman’s bums, and have fun in those situations…  So I’m trying to capture a sense of joy in these pictures. It’s about making life fun despite its hardships. It’s about subversive joy.’

Alvaro Barrington has two shows at Emalin, one in their new building, one in their old. The first is of what might be taken as self-portraits: ‘Street dreams are made of basketball’ incorporates a milk crate as hoop and makes artful nods to Koons, Hammons and Salcedo. The other is a more direct tribute to rapper DMX, who died recently. He’s pictured surrounded by his lyrics – given weight by how they’re scratched into a grotesquely disproportionate concrete framing devices.

Cecilia Brunson brings a concentrated and intense selection of works by Brazilian women to Bermondsey. This early Beatrice Milhazes has some of the the markers of her later style, but rather jokingly incorporates a collaged Mary – whose house seems to be set in a golden baroque more suggestive of El Dorado than of heaven.