'Victoria Lomasko is 'The Last Soviet Artist'' by Michele A. Berdy

07 November 2021 Geraint Rhys is a musician, songwriter and filmmaker from Wales who has developed — or perhaps it is more accurate to say “fallen into” — a strong connection with Russian artists. In 2020 he made a short film about the artist Pavel Otdelnov called “In the Footsteps of Ghosts” while working on another longer film about the artist Victoria Lomasko.

Lomasko’s unique genre of artistic graphic reporting has been celebrated in Russia and abroad. Her book “Other Russias” was translated by Thomas Campbell and awarded a special commendation by the jury of the Pushkin House Book Prize in 2018, although it has never been published in Russia.

Rhys was recently able to complete his film about Lomasko, “The Last Soviet Artist,” that he filmed in Russian in 2019 before the pandemic began. The Moscow Times asked him to explain how he became acquainted with Lomasko’s work, why it resonates with him, and how he scored the music for the film. 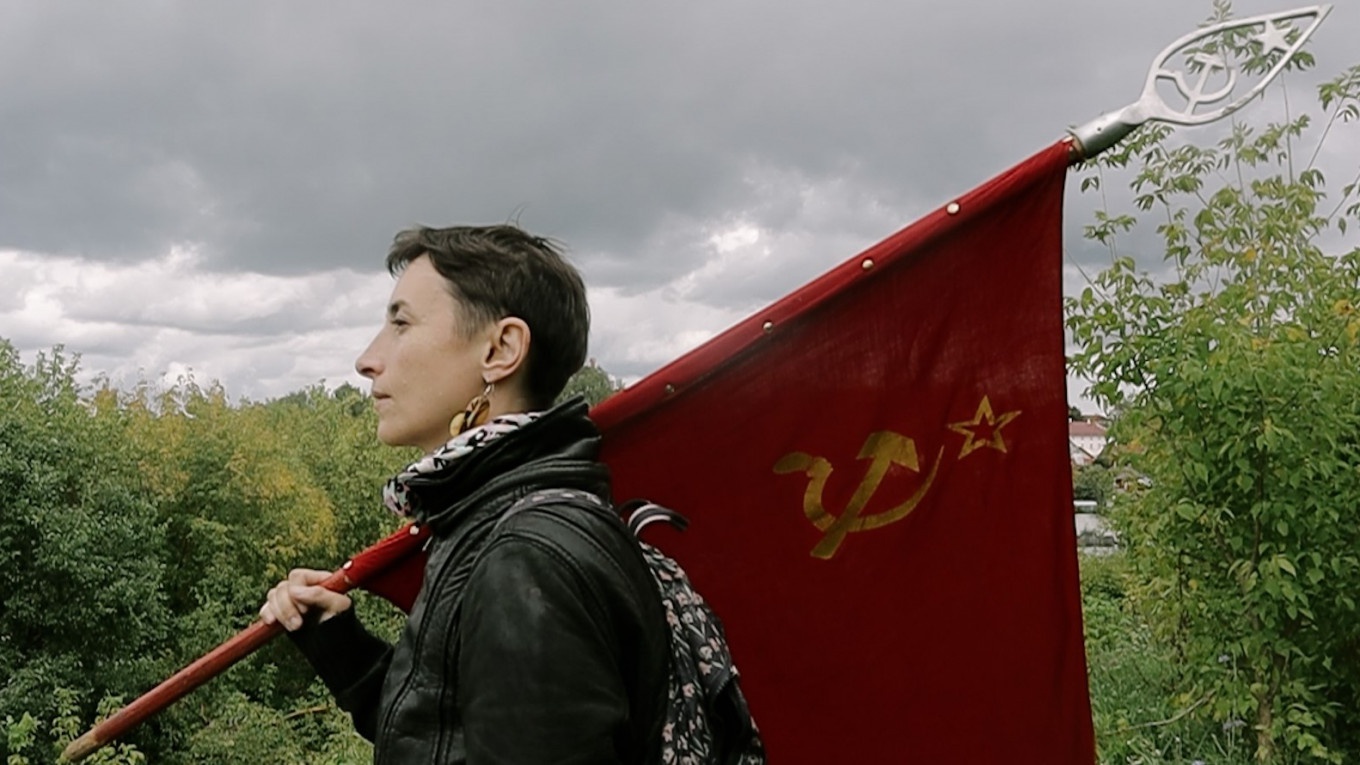 Still from 'The Last Soviet Artist'

I first got to know Victoria's work after seeing an exhibition of hers at a gallery in Manchester called “Home.” They were displaying some of her murals, and what struck me was how busy they were. There was a lot going on, but it all seemed to make sense.

At the exhibition I purchased her book “Other Russias.” I had never seen graphic reportage done in this way before. I liked how she captured the brutal honesty of fleeting everyday moments in a way that seemed very natural… and her drawing people at the margin of society.

I filmed this over two weeks in the summer of 2019 by myself with no crew and just a small camera. Luckily my friend, the author Nikolai Boloshnev, was able to put me up for two weeks— otherwise this would not have been possible.

She has her own visual voice, which is instantly recognizable when you see it — an artistic signature that is uniquely hers. I like how she plays around with scale, from one page to big murals.

What is also striking is that her drawings may have a comic book style, but they deal with deep topics. It's the same in music when you play something really pretty, but then juxtaposethat with darker lyrics.

Because I did everything for this film, including editing, I had the freedom to make sure that the music flowed with every cut and transition. Rather than having a conversation with each other as separate entities, I try to make what we can hear and see rely on each other to tell the story.

The power of music and sound in film is that a change in genre, chords, pitch or tempo can completely alter the atmosphere of what you're watching. So for creating the right atmosphere and mood, it’s important for me to capture the right movement. What I mean by that is that if the music doesn't match the movement on screen, then it won't feel right. So for me, the emotionality is something that comes in part from the rhythm of how the visual and sound match.

There are two scenes in particular which really highlight this. One is the scene in the metro — the combination of the innocence of youth, fun and wonder as Vika looks up at the mosaics and reminisces about her childhood.

The other is the scene towards the end of film when Victoria is discussing the difficult relationship she has with her father. In it she mentions the violence she experienced as a child. When we introduced her father, I needed to find something to fit the right mood of this intimate and dark moment and to reflect this complex relationship.