03 September 2021 Artist Marcin Dudek (represented by Harlan Levey Gallery) began to integrate performance into his artistic practice after making his autobiographical past the centerpiece of his work. 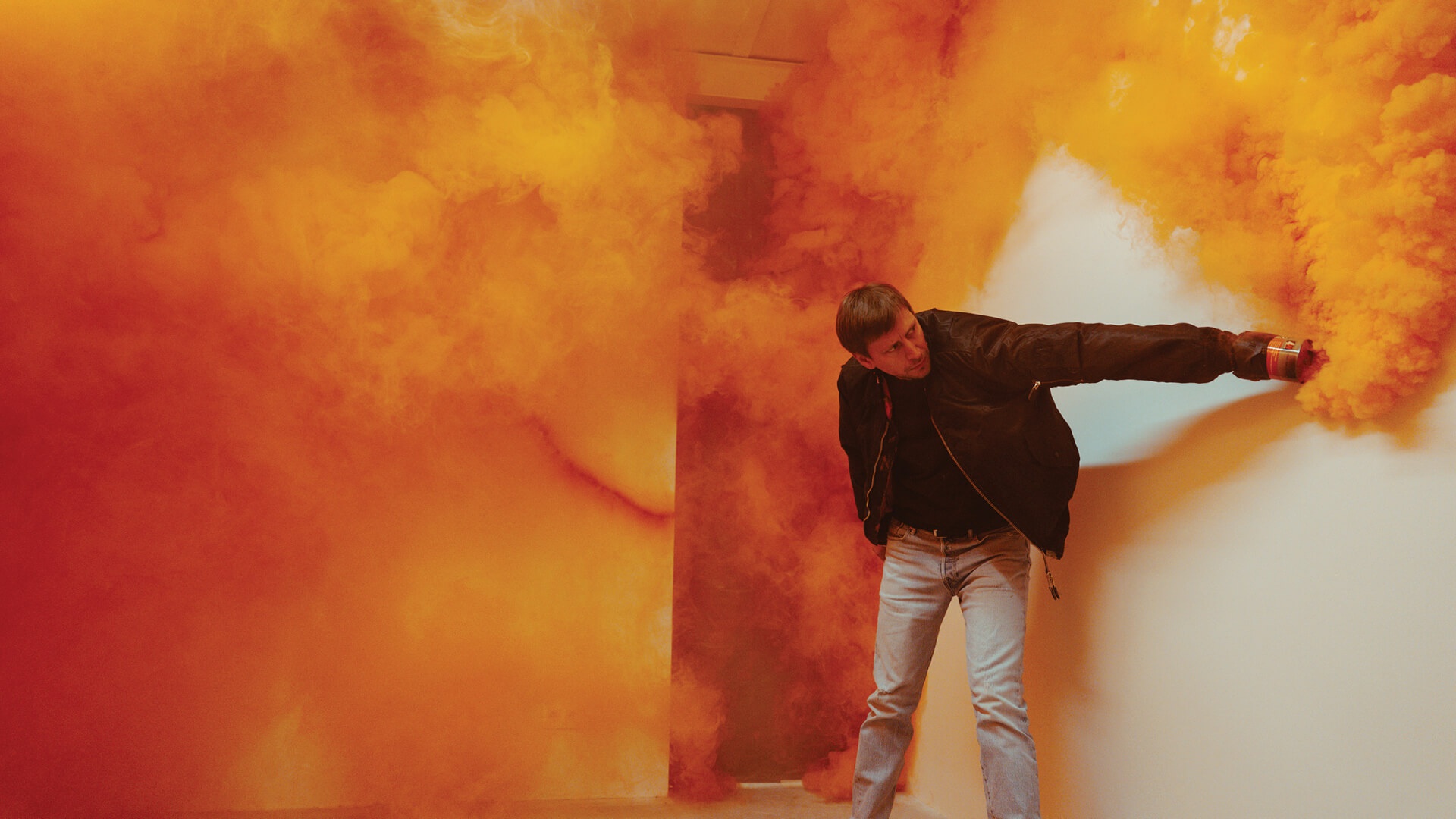 Through his own experiences as a young hooligan supporter of the Krakow football team, the artist intends to explore broader themes including those of the functioning of the human psyche, of our insatiable need to belong, to create “community” and recognition, our thirst for hierarchy. He is interested in the mechanisms by which trivial events can degenerate into major consequences.

Marcin Dudek's paintings, sculptures and multimedia installations bear witness to the selflessness of a whole section of the population, “downgraded and subaltern”. Based on the analysis of his own past, he thus reveals how the connivance between delicate socio-economic questions and individual and group psychology can de facto lead to the consolidation of a sort of "machine of violence" well oiled.

If on the one hand his paintings and sculptures bear witness to what Dudek experienced, his performative practice allows him on the other hand to extract himself from analysis, to reach pure sensation, that of exhuming memories from the past. Since 2013, Dudek has used performance to investigate this ingrained "self" of the past. Equipped with clothes and accessories such as smoke grenades, which were his youthful arsenal, it opens the possibility for spectators to taste the well-loaded choreographies of the stadiums, orchestrated by the hooliganism of the 90s.

During each performance, the artist makes a video recording of the work, which is then edited. These videos provide insight into the broader dynamics that come into play during his performances. These incorporate the desire for disturbance, the sensation of latent violence and panic, the consequent movement of the crowd, to the point of provoking the fear and confusion that one can feel in the audience.

For his exhibition at the White Box of the Center Wallonie-Bruxelles Paris, all of his performance videos will be presented.

His first, Wild (2013), in which Dudek jumps over a fence, seems to symbolise the crossing of a border, a leap into the unknown and the beginning of a new, more uncomfortably 'intimate' chapter of work, in which the artistic tool systematically becomes an argument for defusing violence.

In Saved by an Unseen Crack (2015) and Head in the Sand (2015), Dudek speaks directly to the audience, threatening, as if they were enemies or potential prey. The equally aggressive Tribunalia (2018) shows an enraged Dudek, spitting insults and shaving his head, although this time the violence is not aimed directly at the audience, but rather at himself. Smoke grenades systematically crop up in these videos, sculpting the space and dispersing the crowd, inciting confusion and the desire to flee to more stable territory.

On the occasion of the Parisian Nuit Blanche - October 2, 2021 - the exhibition of his works will end with a new performance, The Group, for which he will work with local associations of young people in reintegration, a common practice in his work.